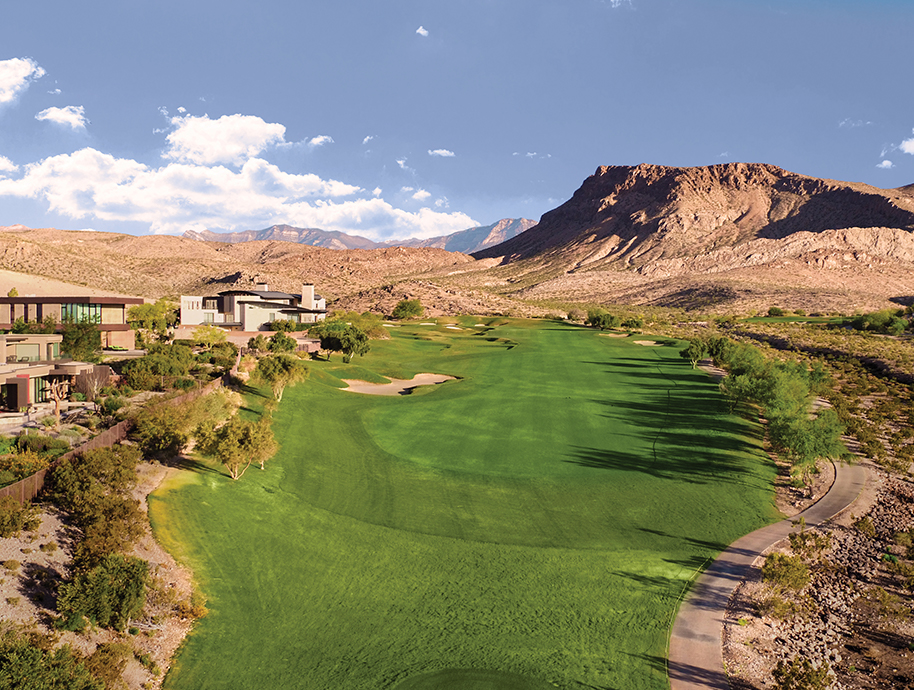 There is no dispute about Las Vegas’ distinction as the Entertainment Capital of the World.  Nearly 43 million annual visitors flock to the city for world-class dining, shopping, entertainment and gaming and to experience first-hand the city’s unparalleled glamour. And to ensure Las Vegas maintains its luster as one of the world’s most popular tourist and convention destinations, the city continues to reinvent itself with new mega resort-casinos, the opening of the T-Mobile Arena, a new performing arts center, the arrival of an NHL team – Vegas Golden Knights and the announcement of a future NFL team – the Raiders.

But where is the best place in Las Vegas to live? To raise a family? To enjoy the great outdoors? To enjoy an active lifestyle? To find sanctuary from the hustle of the city? And to put down real roots? The answer lies about 15 minutes west of the Las Vegas Strip along the valley’s western edge:  the master-planned community (MPC) of Summerlin®, a development of The Howard Hughes Corporation®.

The idea of Summerlin was conceived more than three decades ago, and the community began to develop in 1990. Some 27 years later, Summerlin is home to more than 100,000 who enjoy its premium lifestyle created by amenities so abundant, no other Southern Nevada community can compare: ten public and private golf courses; 25 private, public and charter schools; 250 parks of all sizes; 150-plus miles of trails; more than a dozen houses of worship; and Downtown Summerlin® with a powerful line-up of retail and dining, such as Crate and Barrel, Apple, lululemon, Trader Joe’s, Macy’s, Dillard’s, Wolfgang Puck Bar & Grill and Maggiano’s Littly Italy, to name just few.

According to Kevin T. Orrock, President – Summerlin, The Howard Hughes Corporation, the community is one of the country’s most compelling success stories.  “The quality of life established by Summerlin since inception and maintained for nearly 30 years is standard-setting in Southern Nevada,” he said. “The community’s enduring appeal and value lies in its thoughtful master plan, high design standards, exceptional location adjacent Red Rock Canyon National Conservation Area on elevated topography overlooking the valley and partnerships with top homebuilders and developers. For these reasons, Summerlin continues to claim its distinction as the best place to live in Southern Nevada.”

“The numbers don’t lie,” said Gregg Logan, managing director, RCLCO, a national real estate consultant that has been ranking MPCs nationwide since 1994. “Summerlin has consistently appeared on our list since we began tracking, 21 times to be exact. The community was ranked #1 as the nation’s top-selling MPC eight times between 1994 and 2002, putting Summerlin in the company of only a handful of communities nationwide to enjoy such remarkable and sustained success.  In 2016, Summerlin was the #5 best-selling MPC and is tracking to once again finish in the top ten this year.”

While Summerlin is home to hundreds of single-family neighborhoods in a variety of styles, elevations, floorplans and prices – all built by top local, regional and national homebuilders, it is also known as the valley’s most luxurious place to call home. The Ridges, aptly named for the dramatic rocky ridgeline against which it sits, is the go-to community for the city’s influencers, CEOs and celebrities who demand privacy and sanctuary offered throughout the village’s nine custom home enclaves. Featuring some of the most stunning desert contemporary architecture in Las Vegas, The Ridges is also home to Jack Nicklaus’ Bear’s Best golf course.

And just down the street from The Ridges is Summerlin’s newest luxury community – The Summit. A joint venture development of The Howard Hughes Corporation and Discovery Land Company, The Summit offer peerless, resort-style luxury living at a level not before offered in Las Vegas.  Just a few years since it was announced, The Summit has sold more than half of its 146 ultra-exclusive homesites with some lots as large as three acres, at prices averaging $3.2 million per acre. Already home to a Tom Fazio-designed championship golf course, The Summit also offers 116 elegantly appointed villas, bungalows, suites and cottages in its Club Village. 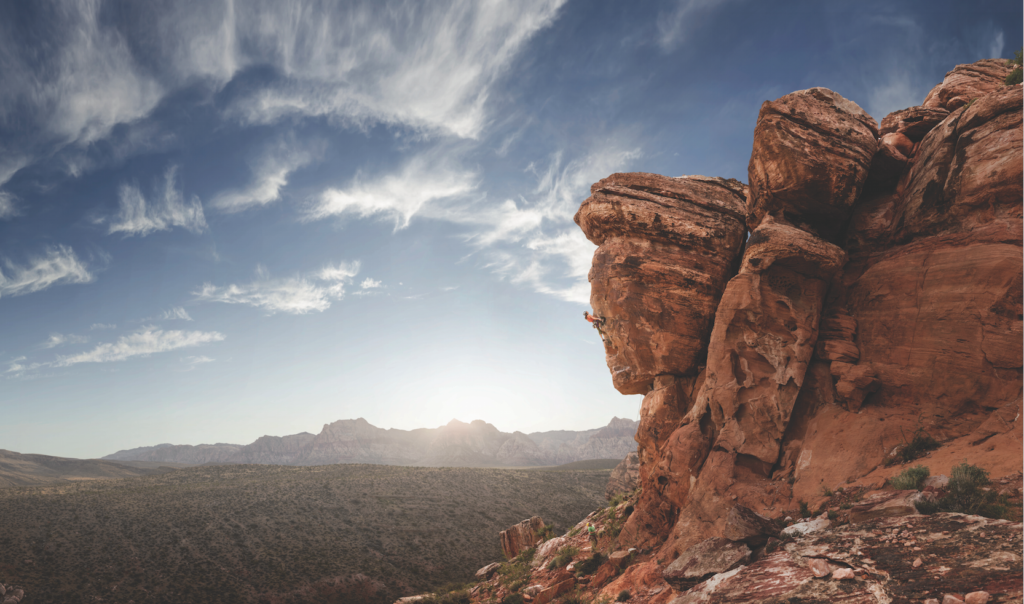 Summerlin’s distinctive natural topography is a big draw for homebuilders, developers and residents, alike. The community sits along the base of Red Rock Canyon, Southern Nevada’s most stunning natural treasure that offers year-round world-class hiking, rock climbing and cycling areas. These opportunities, coupled with the community’s abundant parks and trails for walking and running, along with a number of well-organized youth and adult sports leagues, combine to encourage active lifestyles for residents of all ages. In fact, Summerlin was named in 2007 by National Geographic Adventure as the country’s best place to play and live, in large part due to the community’s proximity to Red Rock Canyon, along with its central location within just a few hours’ drive time from major national parks in Southern Utah and Northern Arizona.

As the only community in Southern Nevada with its own downtown, Summerlin is in a league of its own when it comes to regional dining, shopping, entertainment and now, professional sports. A true urban core within the heart of suburbia, Downtown Summerlin spans 400 acres. It is the new home of City National Arena, the practice facility of the city’s first major league sports franchise, the National Hockey League’s Vegas Golden Knights. Just announced is Las Vegas Ballpark, a 10,000-capacity Triple-A baseball stadium to be developed by The Howard Hughes Corporation. The stadium will be the new home of the Las Vegas 51s. And opening this month within Downtown Summerlin’s retail corridor is its newest powerhouse brand – the first Crate and Barrel in Southern Nevada.

“Downtown Summerlin has quickly evolved as one of the most exciting and fun places to shop, dine, socialize and now, participate in sporting events,” said Orrock. “We take great pride in being the home community of the Vegas Golden Knights, and soon, the Las Vegas 51s.  City National Arena offers a second public rink that is already home to UNLV and youth hockey programs, and we anticipate the new ballpark to be used for a number of civic and community events as well. Both facilities are super-charging the area and creating lots of excitement for all Las Vegans.” 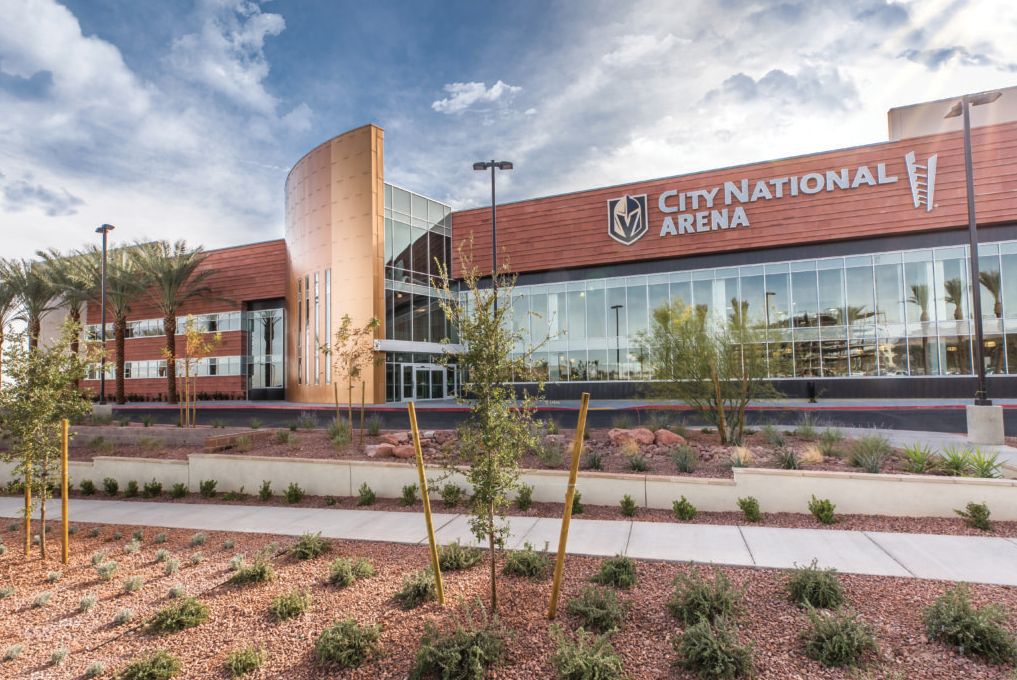 Summerlin is also becoming known as a great place to work. Case in point is Aristocrat Technologies, Inc., a leading global provider of land-based and online gaming solutions. The Australian-based company broke ground in June on its new Las Vegas headquarters and will move more than 600 employees to a new 180,000-square-foot campus in Summerlin in 2018.

Downtown Summerlin’s first office tower, One Summerlin, offers 200,000 square feet of Class-A office space with a tenant list that reads like the who’s who of the city’s leading professional services and legal firms. Now under construction is Two Summerlin, the area’s second Class-A office tower that will open next year and recently announced its first tenant, the international law firm of Greenberg Traurig.

While the community has a heavy focus on sports, Summerlin also claims the state’s only professional ballet company. Nevada Ballet Theatre (NBT), a cultural institution founded nearly 50 years ago, makes its home in Summerlin alongside the Summerlin Library and Performing Arts Center in the Donald W. Reynolds Cultural Center, a gorgeous facility built on land donated in part by The Howard Hughes Corporation and boasting no fewer than eight dance studios and rehearsal halls.

Foundational to the community’s development and attraction as a great place to live and raise a family are its schools. Considered the heart of the community, Summerlin schools number 25 and include 16 of the valley’s top-ranked public and charter schools, along with nine private schools, many considered among the best in Southern Nevada. And this number doesn’t reflect four institutions of higher learning in the community, including Roseman University of Health Sciences, in planning to establish a new medical school.

“From the community’s inception, we knew quality schools would attract families,” said Orrock. “Land for schools is always built into the master plan to provide residents with a level of educational choice and opportunity they can’t get elsewhere.”

According to Orrock, Summerlin is as exciting as it was when development first began nearly three decades ago. And with more than 6,000 acres left to develop, the community offers many more opportunities for landmark development. “With an abundance of beautiful homes in all styles and price ranges, stunning natural surroundings, unbeatable city and mountain views and more amenities than any other community, Summerlin has easily sustained and will continue to claim its distinction as the best place to live in Southern Nevada, just as Las Vegas will continue to celebrate its trademark as the Entertainment Capital of the World.”