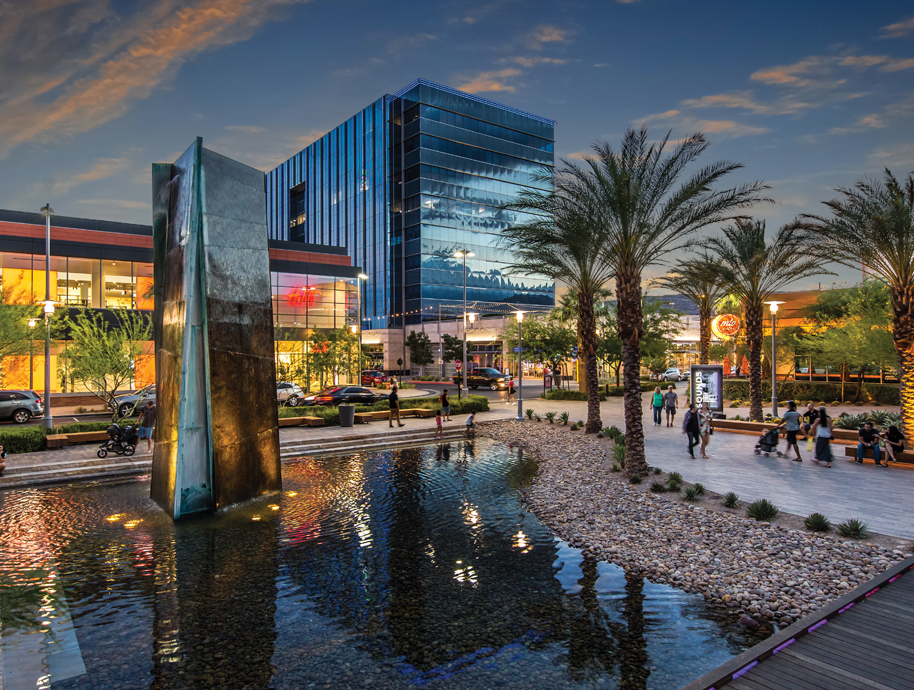 Long regarded as a world-class destination, Las Vegas is brimming with premier hotels, celebrity chef restaurants, best-in-class shopping and top tier entertainment. And while all those attractions annually draw more than 42 million tourists to the city, one thing has long been lacking.  That is, until 2017, when the city added not one, but three professional sports teams, to its already stellar line-up.

Taking the city by storm was the National Hockey League’s Vegas Golden Knights (VGK), which in true Las Vegas fashion, beat all the odds by going all the way to the Stanley Cup finals after an electrifying inaugural year that not only made hockey fans out of desert dwellers, but united the community after the One October mass shooting.  And beyond the team’s wildly successful first year, it continues to be a point of pride for everyone in Southern Nevada.  Vegas Golden Knights logo wear is now hanging in just about every closet in Las Vegas, and the VGK logo is visible everywhere you turn: on cars, trucks, banners, signs, flags and even buildings.

While professional hockey was stealing hearts and grabbing headlines at T-Mobile Arena, the WNBA Las Vegas Aces brought professional women’s basketball to the city just down the street at Mandalay Bay Special Events Center. The Aces’ No. 1 draft pick and WNBA 2018 Rookie of the Year, A’ja Wilson, set the bar high and the court on fire each game day.

As if that wasn’t enough, the Raiders made their move to Sin City official in late 2017 with a star-studded groundbreaking of the $1.8 billion NFL Las Vegas Stadium that will become the team’s official home beginning with the 2020 football season.  Already making their presence known with frequent Las Vegas sightings of Raiders owner Mark Davis, and administrative staff relocating to Southern Nevada to begin laying a foundation for the team’s impending move, the Raiders are already being covered and reported on by local media as a Las Vegas team – two years before the city can officially claim them. 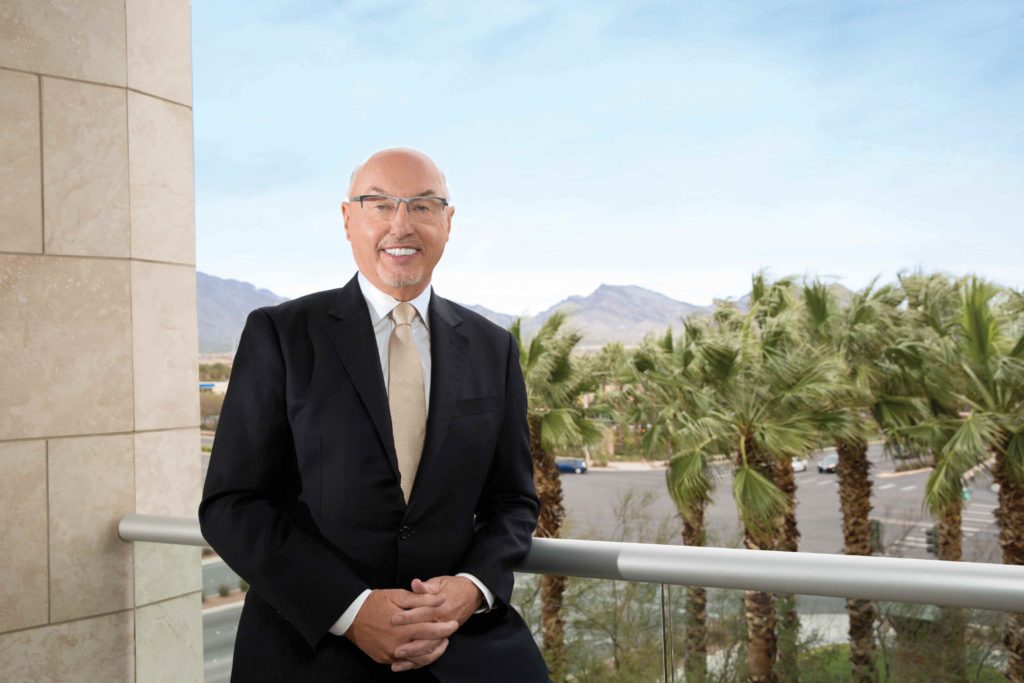 What’s happening with professional sports in Las Vegas on a macro-scale is happening in the master-planned community of Summerlin on a micro-scale, according to Kevin T. Orrock, President, Summerlin.

What’s happening with professional sports in Las Vegas on a macro-scale is happening in the master-planned community of Summerlin on a micro-scale, according to Kevin T. Orrock, President, Summerlin.  A development of The Howard Hughes Corporation, Summerlin is entering its 29th year of development and has easily become the community of choice for many of the city’s influencers, celebrities, captains of industry, and now, the city’s sports elite.

In addition to scores of beautiful neighborhoods, tree-lined streets, beautifully manicured trail ways and golf courses set against the stunning backdrop of Red Rock Canyon, Summerlin today claims two major sports venues: City National Arena, practice facility and home of the Vegas Golden Knights; and coming soon, Las Vegas Ballpark, a 10,000-capacity baseball stadium that will be the future home of the Las Vegas 51s, the city’s oldest and only professional sports team until 2017. Both are located in Downtown Summerlin, the community’s burgeoning urban core that is home to more than 125 stores, restaurants, entertainment attractions, office towers, a world-class resort and more.

“The infusion of excitement, pride and community spirit the Vegas Golden Knights have brought to Las Vegas is even more magnified in Summerlin, where the team makes its home at City National Arena,” said Orrock.  “Daily, hundreds of fans flock to the Arena to watch the team practice, buy VGK merchandise and get up close and personal with our city’s hottest celebrities.  And today, hockey is no longer just a spectator sport in Las Vegas.  Thanks to the Knights, scores of youth and adult hockey programs are now thriving with athletes of all ages and skill levels.”

According to Orrock, sightings of the team and coaching staff are common occurrences at Summerlin restaurants, grocery stores, gas stations and community gathering spots, especially throughout Downtown Summerlin. “The community has welcomed the Knights with open arms, and the Knights have reciprocated that embrace.  It’s a true love affair.” 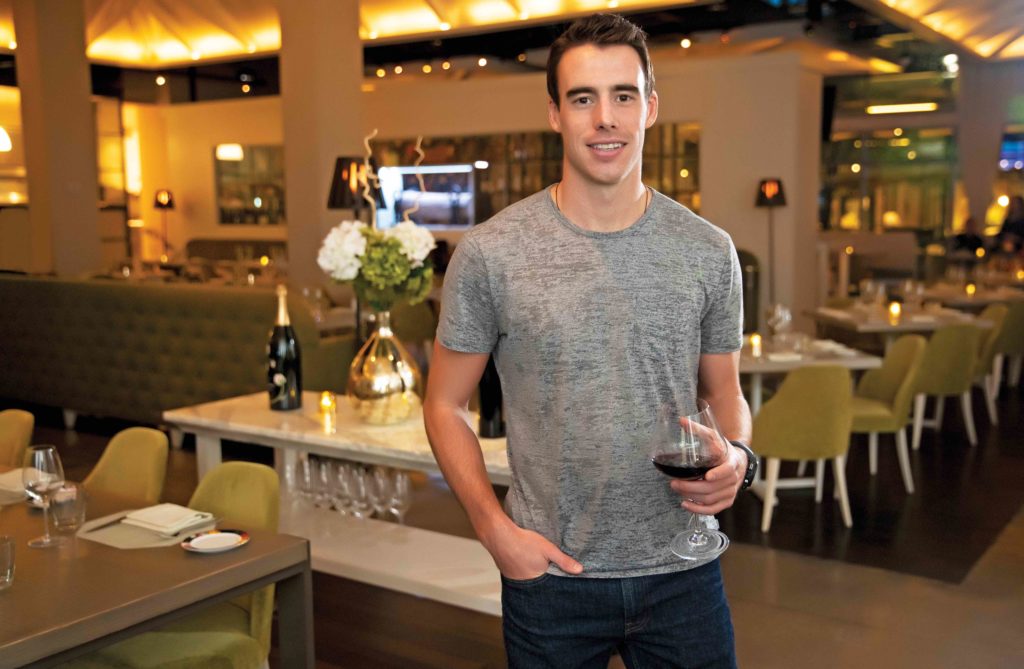 Vegas Golden Knights right-winger and Canadian Reilly Smith is one of several VGK players and staff members who chose to live in Summerlin to enjoy a short, easy commute to the team’s practice facility, city National Arena. Smith, pictured above at Andiron, one of Downtown Summerlin’s most popular restaurants, appreciated that he doesn’t have to go to the Las Vegas Strip to enjoy all the community offers, including fine dining.

Vegas Golden Knights right-winger and Canadian Reilly Smith can vouch for that sentiment.  Smith, who visited Las Vegas for the first time in 2017 to attend a friend’s bachelor party – just three weeks before the NHL expansion draft – knew nothing of Las Vegas beyond the Strip.  After joining the team and moving to Las Vegas, his initial shock of being transferred to “Sin City” turned into a love affair with the city and the Summerlin community where he now lives.

“Everything we need is right here,” said Smith. “My girlfriend, Melissa, and I, love to dine at Downtown Summerlin, where we have many options.  Residents are always friendly and welcoming where we go.  We’re close enough to the Strip to play tour guide when friends and family visit, and we’re far enough away to escape the hustle when we need a break. Best of all, commuting from home to City National Arena takes just a few minutes. I can’t imagine living anywhere else.”

Smith, whose brother, Brendan, plays for the New York Rangers, says his parents joke about making customized jerseys – split with Vegas Golden Knights and New York Rangers markings.  “My family pretty much moved in with us during the Stanley Cup Finals, and of course, friends from all walks of life are reaching out to me to come to Las Vegas,” said Smith.  “While they are supportive of my hockey career and the Knights, I know the allure of the city is part of the draw to come here. Thank goodness I have a house with lots of bedrooms!”

As President and Chief Operating Officer of the Las Vegas 51s, a member of the Pacific Coast League and Triple-A affiliate of the Oakland A’s that just completed its 36th season, Don Logan takes argument about Las Vegas as a new sports town.  “Las Vegas, in my mind, has always been a sports town,” said Logan. “NASCAR has been bringing millions of fans to the city since 1996, and the 51s have amassed thousands of loyal fans who are especially demonstrative in their undying support of the team. And now, with Las Vegas Ballpark nearing completion, the fans have even more reason to come on board. Previously, our city lacked first-class sports facilities. Today, that’s all changed. What the Knights did on the ice was remarkable, and the effect was a sports tsunami that no one expected. Today, everyone in the sports world is looking at Las Vegas more closely.” 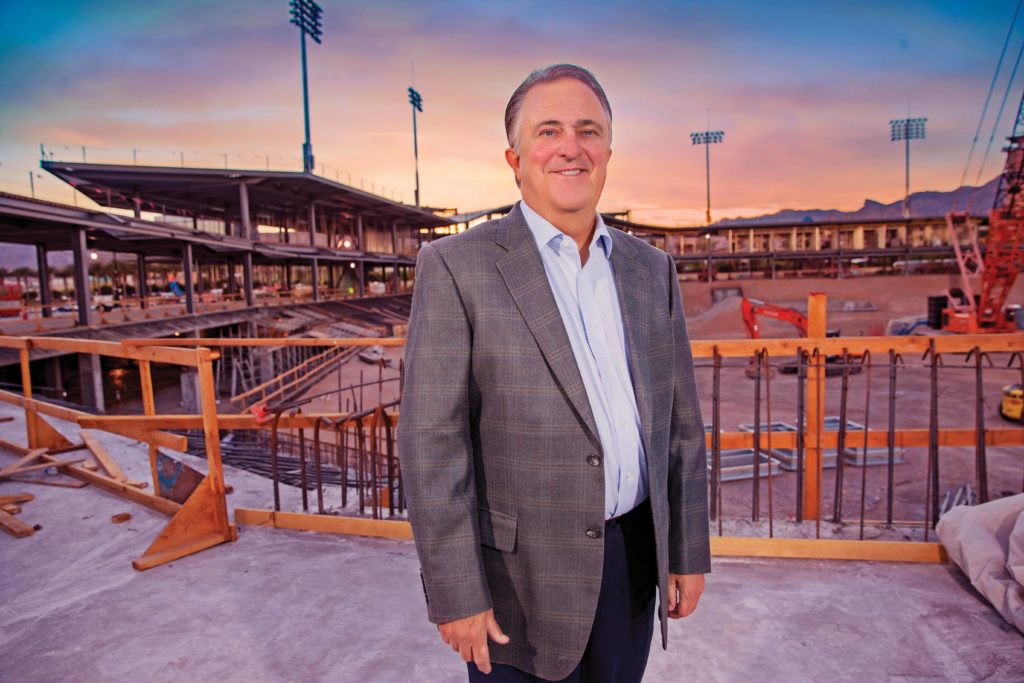 Don Logan, President and Chief Operating Officer of the Las Vegas 51s, a member of the Pacific Coast League and Triple-A affiliate of the Oakland A’s, is known throughout the city as Mr. Baseball. Logan and his wife, Jen, are long-time residents of Summerlin and are looking forward to the completion of Las Vegas Ballpark in Spring 2019.

Logan and his wife, Jen, a well-known and respected advertising executive, have made Summerlin their home for more than 20 years. While the couple loves Summerlin for all the obvious reasons – from abundant golf courses to natural and man-made beauty that no other Southern Nevada community comes close to replicating – the Logans especially appreciate the friendship and strong sense of community they share with neighbors.

“Like us, our neighbors understand the value of living in a place like Summerlin,” said Logan. “Twenty years later, many of our neighbors, who are now long-time friends, are still here.  Our homes have well maintained their value, we enjoy all the amenities the community offers, and we are all living the good Summerlin life. And with the April 2019 completion of Las Vegas Ballpark, my daily commute is about to shrink to mere minutes. It doesn’t get better than that. This is home, and we are here to stay.”

Logan, who is lovingly known throughout the town as Mr. Baseball, is counting the days to the completion of Las Vegas Ballpark and the home/season/stadium opener on April 9, 2019. “The 51s, known as the Las Vegas Stars for 18 years before becoming the 51s 18 years ago, have been a staple in the Las Vegas community for over three decades,” he said. “With a new home in Downtown Summerlin, the future of professional baseball in Southern Nevada looks even brighter. We are confident this location, which is easily accessed from all regions of the valley, will expand our fan base and introduce new generations to America’s favorite past time. We can’t wait to put down roots in Downtown Summerlin, a destination that already has a reputation for best in fun, family-oriented entertainment.”

Las Vegas Ballpark is designed to create a festival-like atmosphere and will provide a wide range of seating options including suites, club seats, berm seating, party zones and decks, picnic tables, kids’ zone, bars and even a pool beyond the outfield wall.

Spanning 22,500 acres along the western edge of the Las Vegas valley and framed by Red Rock Canyon National Conservation, the region’s most stunning natural landmark, Summerlin is credited with making Las Vegas a great place to live, not just visit.  The community is home to more than 100,000 Southern Nevadans drawn to its superior quality of life.  With more than 150 miles of walking trails, 250-plus parks of all sizes, ten golf courses, 25 public, private and charter schools and its own downtown, Summerlin is in a league of its own in Southern Nevada when it comes to amenities.  And with homes in all sizes, styles and in all price points, Summerlin is a true multi-generational community that offers a rich, vibrant lifestyle to residents of all ages.

Hockey and baseball are converging in Summerlin in a spectacular way… the energy created by the Vegas Golden Knights and the Las Vegas 51s is both electric and palpable.

“Hockey and baseball are converging in Summerlin in a spectacular way,” said Orrock, whose Downtown Summerlin office overlooks both City National Arena and Las Vegas Ballpark. “The energy created by the Vegas Golden Knights and the Las Vegas 51s is both electric and palpable,” he said.  “Just look at the new development springing up around these landmark sports venues; watch the steady stream of cars going in and out of the Arena; and witness the making of a spectacular ballpark that will soon be bustling with activity.  With both teams making this community their home, Summerlin is already in the winners’ circle.”