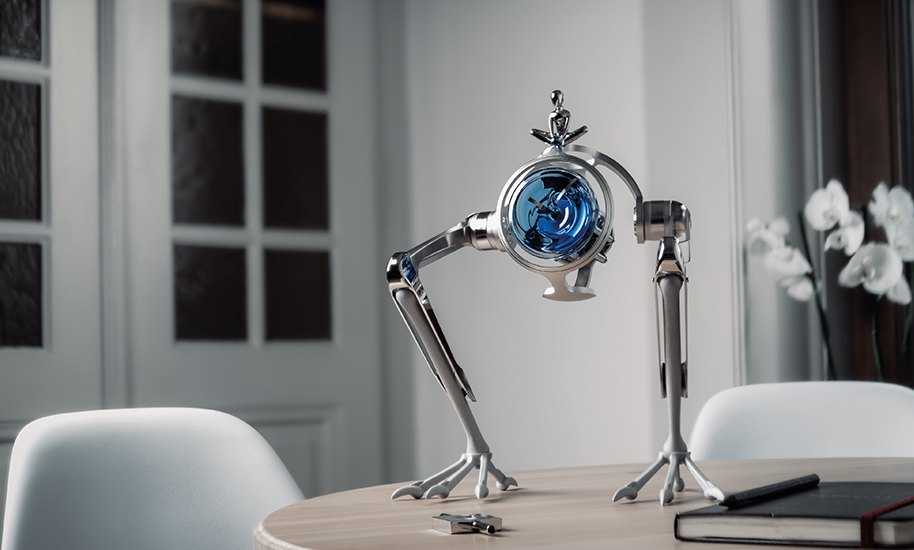 Only Watch, the world’s most high-profile charity watch auction, returned in early November for its eighth edition to continue raising awareness of Duchenne muscular dystrophy and pursuing a cure for this genetic disorder primarily affecting male children. MB&F participated in the Only Watch charity auction for the fifth time, donating one of its creations to be sold in support of the Association Monégasque contre les Myopathies.

All previous MB&F machines created for Only Watch were unique pieces from existing collections that incorporated visual elements related to the auction. For this 2019 edition of Only Watch, MB&F and L’Epée made the unprecedented choice to contribute a previously unreleased piece, highlighting the special nature of the auction. 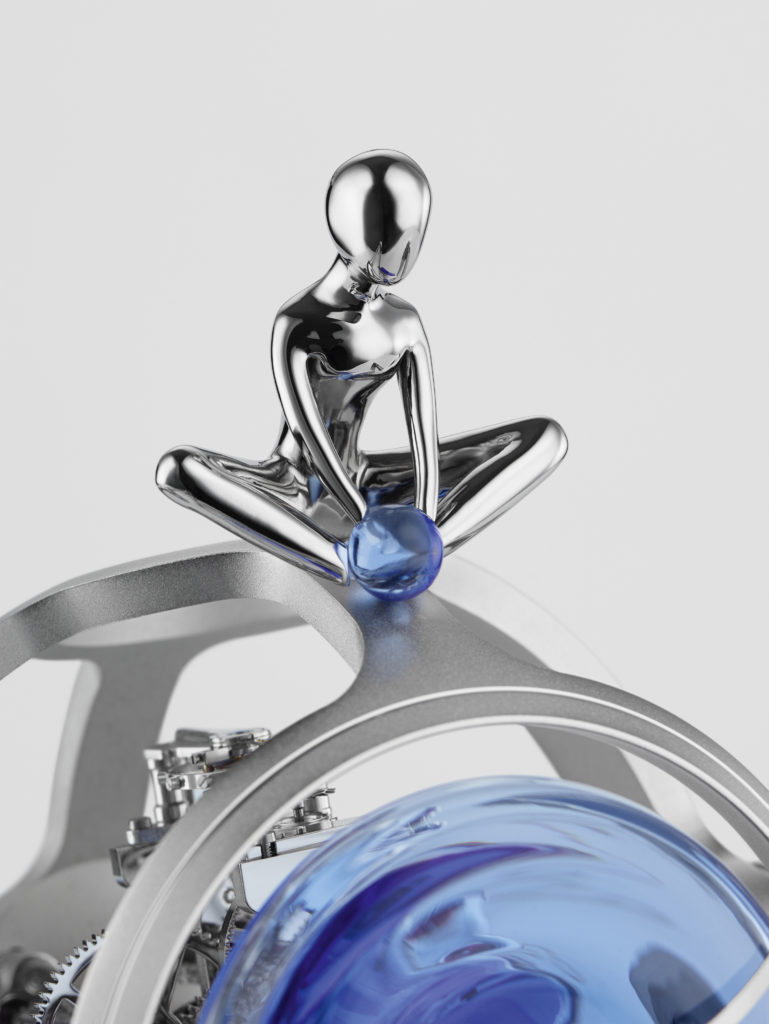 ‘Tom & T-Rex’ is the first – and a unique – example of the T-Rex clock co-created by MB&F and L’Epée 1839. What sets ‘Tom & T-Rex’ apart from the main T-Rex collection? A sculpture mounted atop the body of the hybrid beast, shaped like the figure of a young child. The rider of T-Rex – who MB&F and L’Epée have named Tom – is both companion and ward of his redoubtable steed.

Tom specifically represents the children living with the degenerative disease that is Duchenne muscular dystrophy, which causes the gradual loss of basic motor functions, including the ability to walk. Tom, who spends his waking days tethered to an unfavorable reality, has found in T-Rex a friend who can take him on adventures beyond his wildest dreams. A combination of sandblasted and polished surfaces directs the way that light interacts with the body of T-Rex, so that the clock seems light and agile, ready to run off with its diminutive passenger to a land where disease has ceased to exist.