The Story Behind Dreams 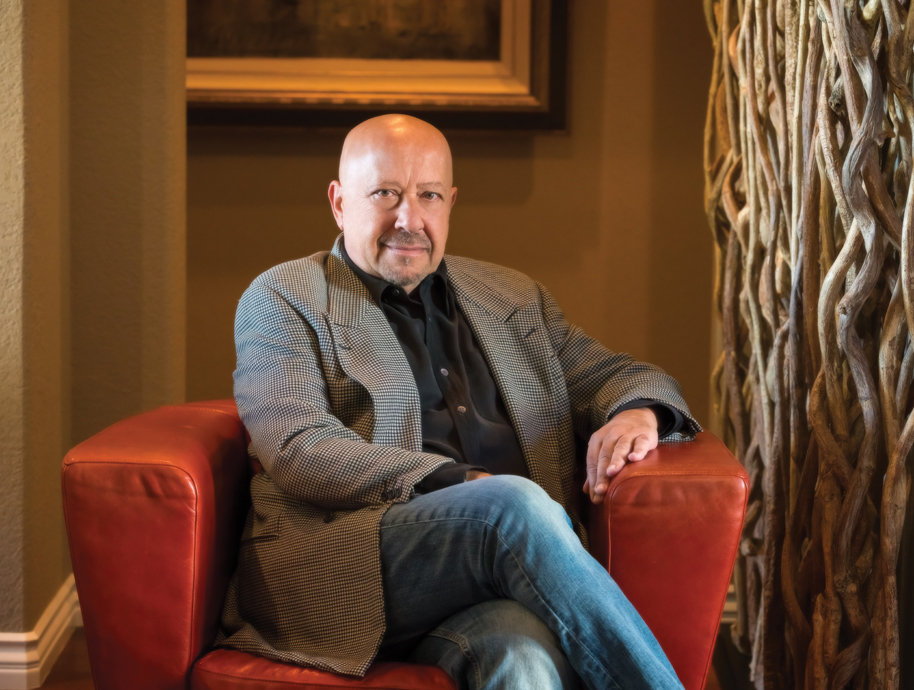 Steve Tobia had a vision to break the mold of sensational headline driven media when he purchased a small black and white community newspaper in Sierra Madre after two-decades in the corporate and political consulting arena. The strategy was simple: “Inform. Educate. Motivate.”

From the start with MountainViews Newspaper over a decade ago to the evolution of DREAMS Magazine within the last five years, the core principle has remained focused on telling the inside stories of “Dreamers and Doers” that have inspired others and made a difference locally and globally.

“During my corporate and consulting career, most mainstream media focused more and more on sensational headlines to drive audience readership/viewership and most, in my opinion, lost the balance of telling who, what, where, when and how,” explains Tobia.

He believes that this media trend has had significant negative consequences to our national mindset and points to today’s national polarization as evidence. “When you have limited national media conglomerates that target specific audiences and all you do is promote negative perspectives, people begin to not think for themselves and are skeptical of the entire world.”

Featuring and sponsoring many of the San Gabriel Valley’s non-profits was his first task with the newspaper focused on education, human services, the arts, and small business owners.Internet and video coverage were later also added to the media platform.

One of his core business philosophies is the responsibility to engage in the community through volunteerism and financial support. To that end, both Tobia and DREAMS have been active sponsors of educational programs, the arts, health and human services and youth mentoring.

“Obviously, many people questioned why I would enter the media business as my third career and especially when the economic recession was beginning,” laughs Tobia as he tells his story of purchasing MountainViews.

“First, I had just won a defamation lawsuit against the State of California bureaucrats that took to the media to defame my previous firm’s private sector work creating the statewide transportation information system. Next, I knew that our region was about to further explode on the Asian international market and with new technologies. I wanted to tell the stories of the people and great achievements.”

“Two of my good friends, Stewart Reed, Chair of ArtCenter Transportation Design Department and Ernest Koeppen, who started an after school engineering club in La Cañada Flintridge, brainstormed with me about the tremendous depth of global achievements we had here in our own backyard,” recalls Tobia, who went on to explain “…with Caltech, JPL, ArtCenter, Pacific Rim trade and investments, the renowned museums from the Huntington to Norton Simon, and the myriad of non-profits and schools, the depth of our region is astounding. We coined the term DREAMS Corridor to tell the stories not only of the institutions but of the people behind them.”

Once his vision and plan for the new media venture was determined, he had to evaluate different models to finance the company. Most other media companies were selling “ads” to anyone who would buy space. Realizing their difficulty in a rapidly changing industry, he smartly opted for a different model.

“I wanted other business people who shared my vision and values of inspiring others to dream, to be actively engaged in the community, and understood the role of media to help shape and build a positive community. Paul Rusnak fully embraced this vision as the founding sponsor and co-publisher. He and his entire team exemplify the vision and values of DREAMS.”

I wanted other business people who share my vision and values of inspiring others to dream, to be actively engaged in the community, and understand the role of media to help shape and build a positive community.

Without the support from a large media conglomerate, sponsors are critical. When you pick-up a single issue of the magazine, or go online to read, the cost is not just the 148-pages of that single issue in your hand, but the other 7,400,000 pages of the run of 50,000 copies, plus a lean staff which proudly builds, publishes and promotes each issue.

Other sponsors soon followed, and the DREAMS Network has expanded into every major category and region of Southern California. The Network also connects the Southern California readership to other business sponsors that share the same vision and values in places like Las Vegas, NV and Scottsdale, AZ.

OVERCOMING OBSTACLES ON THE JOURNEY

In every entrepreneur’s journey to success, there are obstacles that are encountered and must be overcome. For many, these challenges can be tough. Tobia brings a keen perspective to overcoming these challenges.

“Personal or professional obstacles are part of the journey. What I encourage others to do when faced with them is to take a step back, see the big picture and if needed, chart a new course… but never give up on the ultimate goal of the journey! When things get tough, don’t have a pity party or say there is nothing you can do. There are always new paths to take.”

Because of the many challenges he overcame on his journey, he also has a refreshing take on the definition of success, which he gladly shared with me:

“Success is not about money or fame. In fact, success is about setting goals, having a vision and determination to achieve it. My favorite quote that I have always shared with my sons talks about what a legacy is all about. It’s not the money in your bank account, the car you drove or the house you owned, but rather, the footprints you left in the sand for others to follow.”

“There are three major components that make an individual successful in their life and career,” he notes, and then went on to wisely explain, “first, is a strong family value that nurtures and supports a child to dream and go after whatever they choose. Second, mentors outside of the family that expose and guide you in new paths and endeavors. And lastly, self-awareness of who you truly are and what fuels you every day and to learn from others.”

When asked about the future of entrepreneurism in America, Tobia shares: “The DNA of America is a mixture of risk takers, innovators and entrepreneurial freedom. We are a nation of people from around the world who risked everything to move here for the American Dream. That is the key value instilled in all of us: to take risks and seek something far greater and better than what is before us.”

With a finger on the political pulse, he notes that our politics have become divisive to the point that people are questioning who we are as a nation and where we should be going. As an independent, he is frustrated that both Democrats and Republicans cannot come together with shared values and dreams.

However, he is optimistic with innovation centers opening across America and locally – especially around major academic institutions in Pasadena, Silicon Beach and Downtown LA. He notes that while technology is the driving force of innovation, at the same time it’s important to understand human behavior. He believes that the hallmark of the new generation will be the quest to solve problems plaguing society.

And like the true innovator and entrepreneur he is – never content to sit back and leave the fate of something as important as American Entrepreneurialism in the hands of others – he’s created a business and platform that’s in-line with his values and desire to make an impact.

My goal has always been to bring people together – people who are risk takers, innovators, entrepreneurs, investors, dreamers and doers – and give them a platform to connect with people who share the same lifestyles, values and behaviors and create success for themselves and others.

“My goal has always been to bring people together – people who are risk takers, innovators, entrepreneurs, investors, dreamers and doers – and give them a platform to connect with people who share the same lifestyles, values and behaviors and create success for themselves and others. Through our magazine, events and personal networks, we’ve been able to connect the dots and for me, I’ve been able to personally mentor aspiring American entrepreneurs.That’s what the DREAMS Network is all about.”

The man who I proudly call my mentor has not only provided me a roadmap to success, wisdom and guidance, but gave me the opportunity to lead and create opportunities for myself and others. Most importantly, his ongoing mentorship has allowed me to become a part of the next generation of American Entrepreneurs. That, without a doubt, is the true definition of a mentor and entrepreneur.