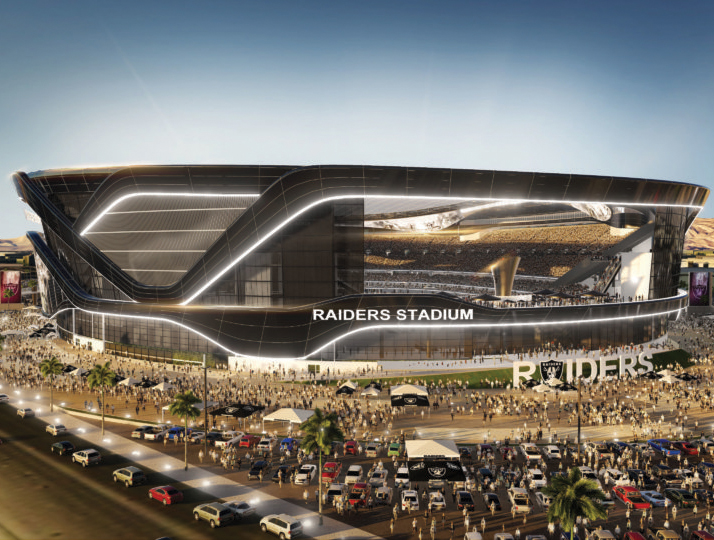 The Oakland Raiders are officially moving to Las Vegas, a move that will come with a brand-new, state-of-the-art stadium destined to glisten in the desert sun. When the City of Oakland declined to build a new stadium, the storied franchise was forced to look for a new home. Following a failed attempt to move the team to LA, Las Vegas quickly took the initiative to make this dream a reality and offered a reported $750 million in public funding and another $200 million for maintenance over a 30-year span. At this point, Owner Mark Davis knew he had accomplished what his legendary father, Al Davis, had coveted for so long: The Raiders in Vegas.

Construction of the $1.9 billion stadium is set to begin in 2017 and be completed in time for the 2020 NFL season. The current blueprint shows a domed, air-conditioned stadium with a retractable, natural turf field, complete with giant glass walls for a gorgeous view of The Strip. Estimating a capacity of 65,000 spectators, this spectacle can grow to as many as 72,000 were the Super Bowl to visit town – a likely possibility that has residents excited. Additionally, the site plans hint at a mixed-use development complete with parking for up to 8,000 vehicles and plenty of room for tailgating.

Why will the Raiders fall in love with Vegas? Simple: