High Rollers: They Gambled On Las Vegas – And Won 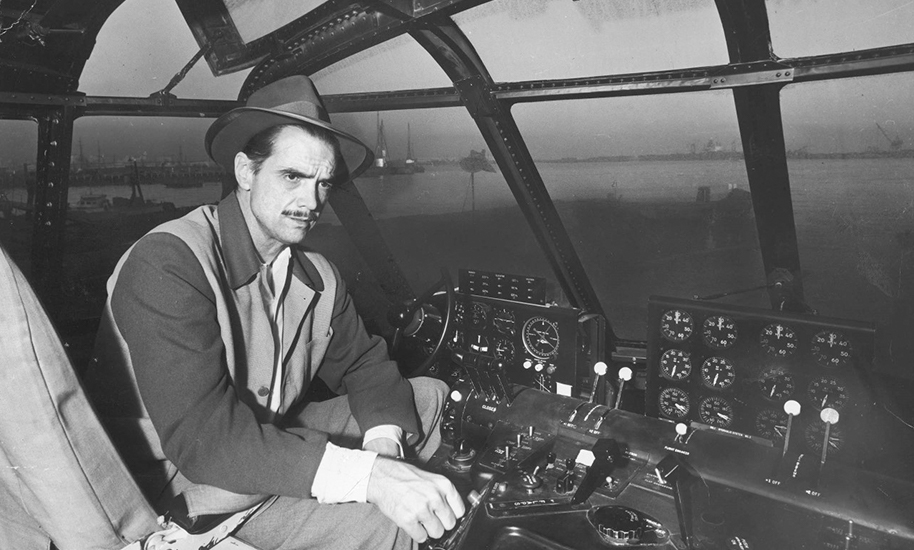 There was a popular black and white TV series in the late 1950’s called “Naked City.” As a semi-documentary drama about New York, each dramatic episode opened and closed with a narrator’s riveting and iconic line: “There are eight million stories in the Naked City… and this is one of them.”

One could make an equally dramatic comment about Las Vegas. Today, an estimated 40 million people a year come to stay and play in Sin City. Some arrive with hundreds or thousands of dollars in hand prepared to tempt Lady Luck with hopeful wagers. These are the tourists.

Then there are the High Rollers. By definition, they are the ones who gamble for high stakes, spending money lavishly and often recklessly – fondly referred to in the casino world as whales. They are catered to, pampered and showered with comps… until the money runs out.

Then there are the Mega-High Rollers. They are the visionaries, pioneers and modern-day success stories of those who gambled on Las Vegas itself, rather than the tables.

Among the couple of million stories in Vegas today, here and there, are the legendary tales of the real Mega-High Rollers – those who put it all on the line and won – and these are some of them.

The Early Days Of Vegas

Las Vegas has a long and rich history of unique individuals – from an early explorer and a notorious gangster to an array of super-successful visionary entrepreneurs – that all left their mark on today’s gambling capital of the world.

One could say Las Vegas was actually the result of a chance encounter by early explorer, John Charles Fremont, who was charting the Wild West for the U.S. Government in the mid-1800’s. During one of his five expeditions, he camped one night by a spring that the natives called “Las Vegas.” 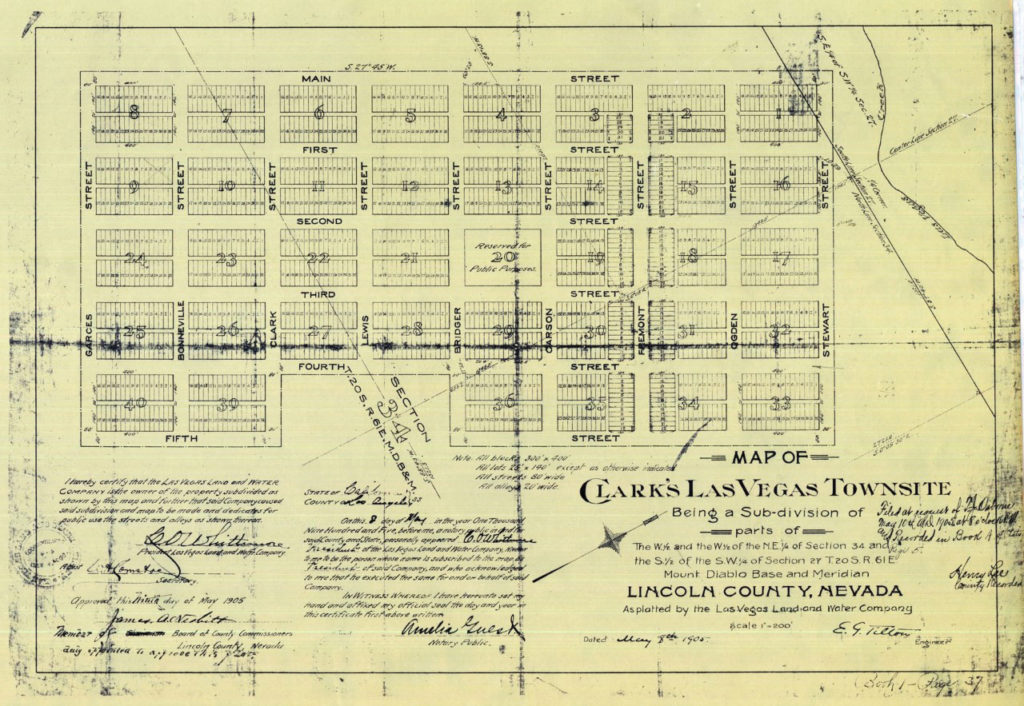 Fremont made note of this, and when he returned to Washington, D.C., he put it on his map of this area. In the years that followed, pioneering settlers heading West, purchased these government maps and, in turn, included “Las Vegas” as a place to camp along the way when going through this desolate region.

While this did not make John Charles Fremont wealthy, it did ensure his legacy. As he literally put Las Vegas “on the map,” it is why today’s famous downtown main thoroughfare is called Fremont Street.

In the early 1900’s, financial tycoon, William Andrews Clark, took Las Vegas to the next level by establishing it as a stop for his fast-growing San Pedro, Los Angeles and Salt Lake Railroad. In 1905, he subdivided 110 acres around his train station and Fremont Street into 1,200 lots and officially founded Las Vegas as a city. In turn, the surrounding area was named Clark County in his honor, and unlike Fremont before him, it did help to build immense wealth. Clark was the first Mega-High Roller in Vegas history.

In 1931, work began on a major government project in nearby Boulder City. The Boulder Dam (now Hoover Dam named after our 31st President) would bring tens of thousands of new resident workers to the area and realizing a potential windfall at hand, the Nevada State Legislature legalized gambling that same year.

The county issued the first gambling license in 1931 to the Northern Club, and soon licensed other casinos on Fremont Street like the Las Vegas Club and the Hotel Apache. Fremont Street soon became the first paved street in Las Vegas and also received the city’s first traffic light in 1931.

While a number of early gaming pioneers gained fame and fortune on downtown’s Fremont Street, another little-known individual set in motion what is today’s world-famous Las Vegas Boulevard also known as the “Strip.”

In 1938, a successful entrepreneur named Thomas E. Hull, who had built and managed a number of major hotels in Hollywood and throughout California, was on his way to a business meeting in Las Vegas with local businessman, Jim Cashman, when his car broke down. Sitting on the side of the road on Highway 91, Hull noticed the endless parade of out-of-state license plates whizzing by. Sitting under a scorching sun, he thought, “I would love to take a cool dip in a pool,” in fact, he realized, “this is a great location for a resort hotel and casino!” 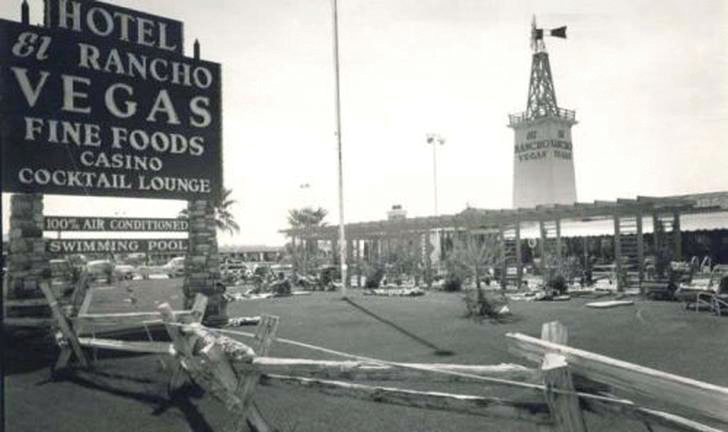 In short order, Hull and other investors purchased the southwest corner of what is now Las Vegas Boulevard and Sahara Avenue and in 1941, they opened the flashy El Rancho Vegas Hotel and Casino – the first (but not last) major resort on the Las Vegas Strip.

It’s success also lured a notorious gangster from the East Coast. In 1941, Benjamin “Bugsy” Siegel – hit man of Murder Inc. fame – also quietly relocated to Las Vegas. While he first managed and operated the original Northern Club, he saw the potential of this new venue just a little way from downtown and Fremont Street. It would also soon be Siegel’s demise.

Build It And They Will Come 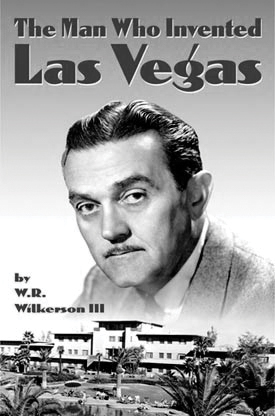 While other minor casinos, hotels and motels began to emerge in the shadow of El Rancho Vegas, it is the Flamingo Hotel and Casino that is heralded as the real beginning of Vegas and the 4.2 miles of Las Vegas Boulevard’s neon-drenched Strip.

Everyone knows that Benjamin “Bugsy” Siegel was the mastermind behind the construction and opening of the Flamingo in 1946. But in reality, it was a little-known name – W.R. “Billy” Wilkerson, publisher of the Hollywood Reporter and owner of six LA nightclubs – that dreamed up the idea, bought the 31-acre parcel on Highway 91 and secured the millions needed to get construction underway.

Wilkerson’s only mistake was borrowing an additional $1 million from mobsters back East to complete the project – which indebted him and the mob quickly moved in and took over. He was forced to sell and it ushered in “their man in Vegas” Bugsy Siegel. Later, in his wake, also came organized crime associates like Meyer Lansky and Gus Greenbaum.

While Wilkerson’s participation faded from the limelight, Siegel and his mistress Virginia Hill, mixed construction with high-profile antics that annoyed crime bosses back East. When it came to light that Siegel and Hill were also embezzling funds – lots of funds – the handwriting was on the wall…and on June 20, 1947 Seigel was shot and killed in Virginia Hill’s Beverly Hills home. While their fame will be forever linked to the success of today’s Las Vegas, the real Mega-High Roller that actually thought-up and rolled the dice on the Flamingo sadly faded into oblivion in America’s mind.

In the decades that followed a number of Mega-High Rollers were drawn to Las Vegas.

While names like Benny Binion of Horseshoe Casino fame symbolized the growth and success of Downtown and Fremont Street, others came and focused on mining the riches to be found on Las Vegas Boulevard.

While there are far too many to list sequentially, there are superstar notables that brought Las Vegas to where it is today. One was Howard Robard Hughes, Jr., known as one of the most financially successful individuals in the world. After countless profitable ventures, that included owning airlines and producing Hollywood films, he brought his unlimited wealth to Las Vegas for a stay at the new Desert Inn Hotel and Casino in 1966.

In short order and one-by-one – like a real life game of Monopoly – he bought the Desert Inn, Castaways and New Frontier, as well as the Landmark Hotel and the Sands.  He also bought a few local TV stations and in 1952, purchased 25,000 acres of prime property just Northwest of Las Vegas that would later become the upscale master-planned community Summerlin®, named after his grandmother Jean Amelia Summerlin.

While high-stakes player Hughes was busy reshaping and reconfiguring Las Vegas, other Mega-High Rollers came to the fore as well. Names like Kirk Kerkorian, known as the “Father of Mega-Resorts” – who ushered in trend-setting lavish concepts like Caesars Palace and the MGM Grand – and a young newcomer from the East Coast, named Steve Wynn. 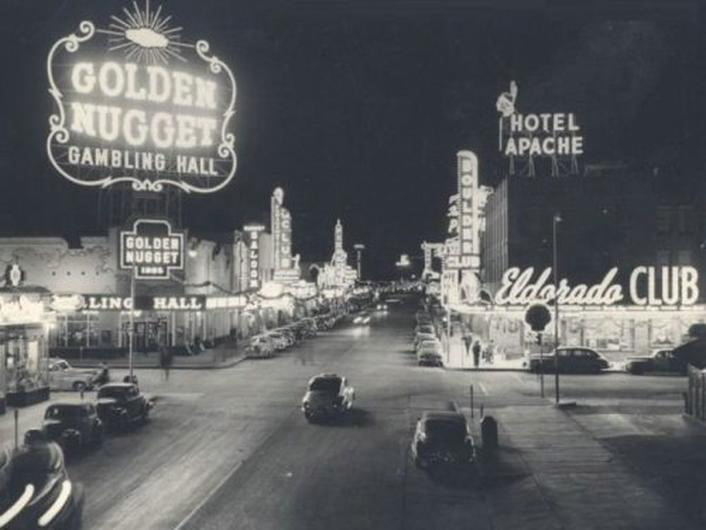 Wynn moved his family to Las Vegas in 1967 and purchased a modest share in the Frontier Hotel and Casino. By 1971, he parlayed his holdings into a controlling interest into Downtown’s profitable Golden Nugget and became the youngest casino owner in Vegas. In short order, he experimented with on-site expansion, bringing in name talent (like Sinatra) and catering to upscale clientele.

In true Mega-High Roller fashion, while also dabbling in Atlantic City and Laughlin, Wynn introduced a new level of multi-million- and billion-dollar world class super-resorts on the Strip. Starting in 1989, he built the Mirage, Treasure Island and the incredibly opulent $1.6 billion Bellagio in 1998 – as well as the Wynn (2005) and Encore (2008) – each in their own right, a new hallmark concept, that undeniably changed Las Vegas forever.

The list of current Las Vegas Mega-High Rollers also includes some highly successful brother teams, such as Derek and Greg Stevens – who are building the ground-up mega-project Downtown, The Circa Resort & Casino, slated to open in 2020.

While most contemporary success stories primarily revolve around Hotels and Casinos, there are also those like the seemingly-unstoppable billionaire Fertitta Brothers, Lorenzo and Frank, of Station Casinos fame (today with 17 locations currently in operation), who found parallel Vegas-based riches in an unlikely association with a former boxer named Dana White. Together, the trio teamed-up and built the Ultimate Fighting Championship (UFC) into one of the most lucrative sports franchises in history.

Rolling The Dice On Vegas

Las Vegas has a long and rich history of unique individuals that each in their own way left their mark on today’s gambling capital of the world.

An explorer, a gangster and twenty or so visionary entrepreneurs are the acclaimed Mega-High Rollers that gambled on the city rather than the tables.

They are the rare few, the legendary Mega-High Rollers, who saw Vegas as the prize… who put it all on the line… and won.

To mimic the iconic TV signature close of yesteryear, we add, “Today there are two million stories in Las Vegas… and these are some of them.”