Success Through Persistence: Actor And Restauranteur Guillermo Zapata Paves His Way In The City Of Angels 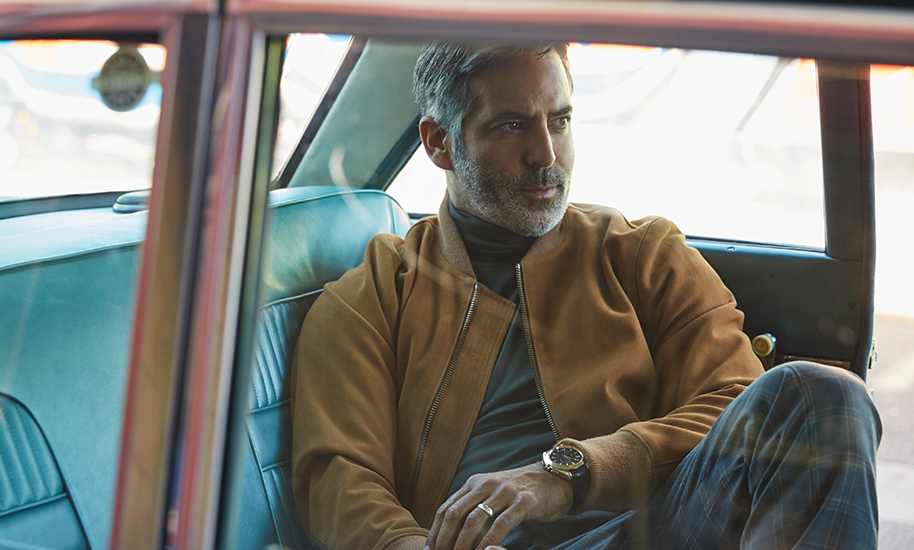 Los Angeles has long been the entertainment capital of the world, drawing people from nations far and wide to experience the Hollywood life. It isn’t surprising that many people ultimately move to pursue careers in Southern California given the pleasant climate and exciting culture.

For many individuals, Los Angeles can be a surprising catalyst for new careers. This was certainly the case with Guillermo Zapata, whose plans changed upon visiting the City of Angels in the early 90s. Today, Zapata’s hard work, determination, and ability to tap into cultural trends has made him a success in a number of industries.

Zapata is originally from Buenos Aires, Argentina. At the age of 22, he had earned a degree from the Argentinean National Conservatory of Dramatic Arts. He initially ventured to Los Angeles in 1992 as a tourist, seeking to simply immerse himself in the tourist experience, take photos of the Hollywood sign, enjoy the city, and return to his acting career in Buenos Aires.

However, Zapata quickly found himself falling in love with the city. He made the decision that Los Angeles was the best place for him to continue his career. However, he also realized it would take lots of effort to excel. “I knew starting here would be tough,” Zapata commented. “I immediately enrolled myself in English classes and I had to find something I could do to make money.”

Zapata took a position as a dishwasher at Café Luna on Melrose Avenue, the only position he could find. He was happy for the work and the opportunity to establish a foothold in the Los Angeles community. This position also served as the catalyst for a new career opportunity as Zapata gradually immersed himself in the culinary industry.

While he worked during the day at Café Luna, Zapata actively pursued a career in Hollywood. He signed with an agent and began doing work as a model. He also landed small acting parts including roles on shows like Land’s End and SeaQuest 2032. While Zapata clearly established himself as an actor and model, he truly thrived in an unexpected way: in the restaurant industry. 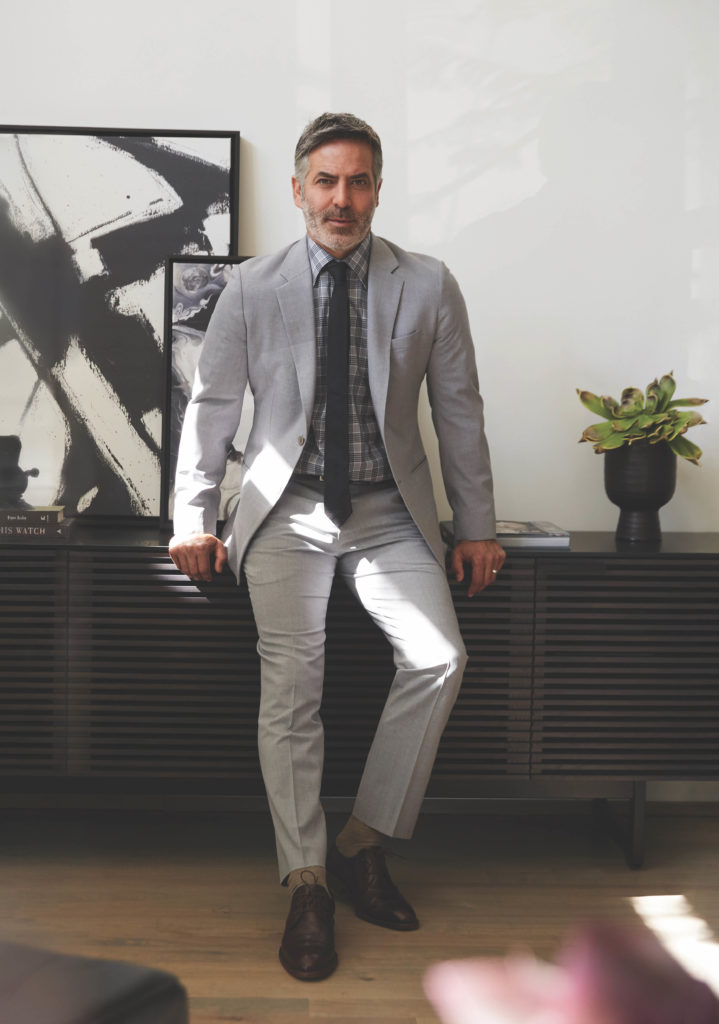 Zapata made one of the most significant decisions of his life in 1998 when he had the opportunity to open a restaurant. The location was just off the famous corner of Robertson and Melrose in West Hollywood, a prime location for tapping into the Los Angeles scene. He named the restaurant SUR. “We opened as an Argentinean steakhouse, and in Spanish, ‘sur’ means south. So, at the time, that’s what the concept of the name stood for,” noted Zapata.

SUR proved to be a success, and Zapata worked diligently to increase its profile. The initial concept was relatively small in nature, with only 12 tables. He worked to gradually expand the footprint. In 2005, he and wife Nathalie Pouille partnered with British restauranteurs Lisa Vanderpump and Ken Todd. Shortly thereafter, they expanded the restaurant to 5,000 square feet. Following the first expansion, in 2009 they were able to purchase the area next door, home to a beautiful tree-lined garden, expanding to 9,000 square feet – the size of the restaurant today.

Today, SUR is one of Hollywood’s most popular locales for dining. It features international cuisine paired with a sexy décor that successfully pairs modern and traditional furnishings and fixtures. As the restaurant has evolved, the meaning behind its name has as well. Now SUR is used as an acronym, for Sexy Unique Restaurant, encapsulating its overall vibe.

Zapata’s restaurant is also well known as the location of the hit Bravo show, Vanderpump Rules, which follows the lives of the various staff members in and out of restaurant life. Zapata himself made a number of appearances in early seasons of the show.

A Look Towards The Future

While his entrepreneurial success in the restaurant industry is perhaps his hallmark, Zapata has not forgotten his passion for the entertainment industry. He has continued his career in acting and modeling. Recently, he finished production on his first feature film as Executive Producer, La Sombra Del Gato. The film, shot in Zapata’s native Argentina starring Danny Trejo and an Argentinian cast, was directed by Jose Cicala and is set for release in April 2020.

In many ways, recent years appear to have been fairly transitional for Zapata, allowing him to harness a new creative avenue. “I’m looking forward to being more involved in the production and creation of films,” Zapata explained. “I would like to do at least seven or eight more films over the course of the next few years.” Indeed, Zapata seems quite at home in a production role.

While he has established success in both film and culinary projects, Zapata spends most of his time with his family. He is a doting father to daughters Lou Lou (14) and Miarose (10). He noted, “My priority number one is always my family, seeing my daughters grow up, making sure that they have a great education, a lot of love, and always being present as a father.”

As could be expected, Zapata’s future is also quite enmeshed with the functioning of his restaurant. He noted a desire to continue his work with SUR to strengthen its success. Regardless of whatever project is on the horizon in his busy schedule, Zapata has established strong roots in Los Angeles and notes, “I am looking forward to the next challenge, the future and for sure I see myself here in LA.” 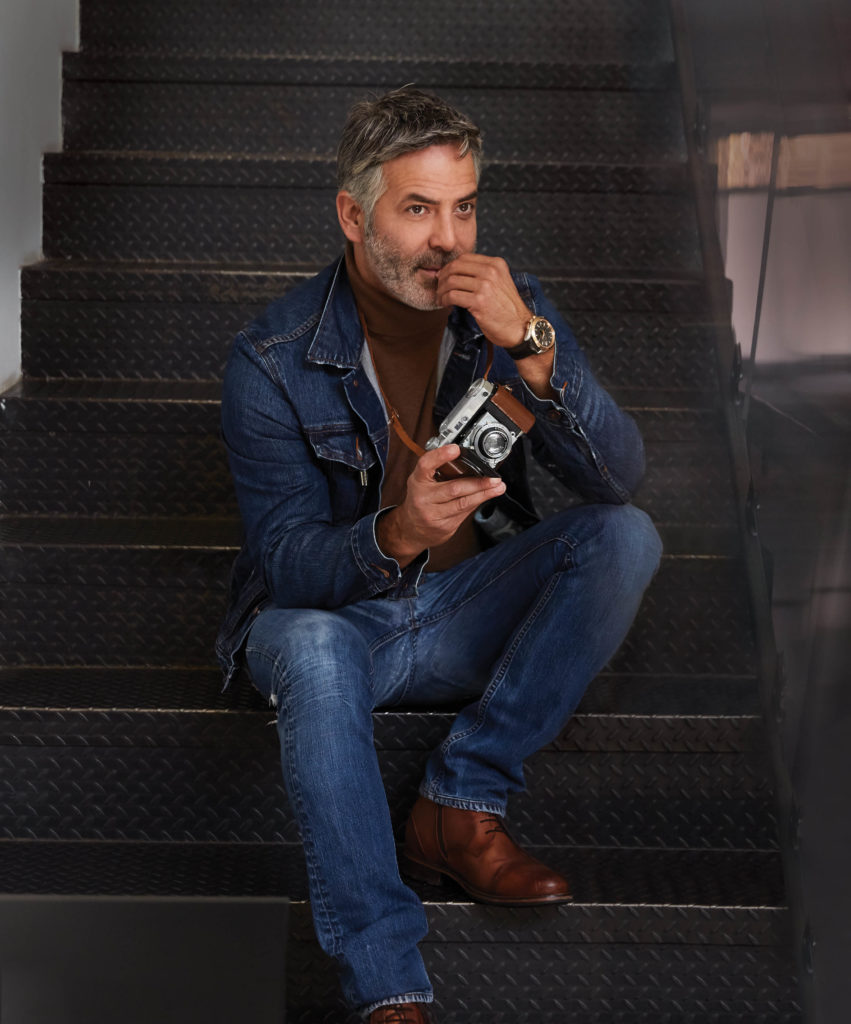 When asked about the required qualities for success, Zapata noted the importance of being persistent and focused. “I think my best attributes are that I am very, very motivated and passionate about what I do. I love life. I like commitment. I am very focused on what I am doing. I don’t take no for an answer.”

However, Zapata also understands that success requires continual improvement, openness to learning, and interpersonal relationships. He is an adherent to the maxim of never being the smartest person in the room, noting the importance of advice from others. In many ways, Zapata appears to represent a unique combination of strong will and humility. He continued, “Be open minded. Be humble, that’s an important thing. Always be positive, people want to be surrounded by positive people.”

He also cautioned about the importance of balancing ambition and not putting “so many things in the basket.” Zapata has clearly used these principles to pave a path of success in his own life, carefully developing his career as a model, actor, and restauranteur. Now, at 51, he is incorporating these principles to a new arena as a filmmaker.

Zapata’s love of Los Angeles truly shines through in conversations. He notes, “It is a city for entrepreneurs, it will be challenging and very difficult. You need to use your creativity and always be on point with what’s trending today.” Tapping into trends is something Zapata has excelled at, helping his restaurant evolve to meet consumer needs. He advises entrepreneurs starting out to stay focused on the culture of the city and not to neglect the importance of social media in drawing customers and increasing your brand.

Above all else, Zapata realizes that success involves taking chances. He took a chance in 1992 when he decided to move to LA. He took another chance when he opened the small Argentinean steakhouse that has grown into one of Hollywood’s trendiest eateries. He will likely continue to take calculated risks as he seeks to create and innovate. “Take a chance, give it everything you have,” Zapata advises. “It’s not always about money, you need to be patient and be productive and have the drive and desire.”