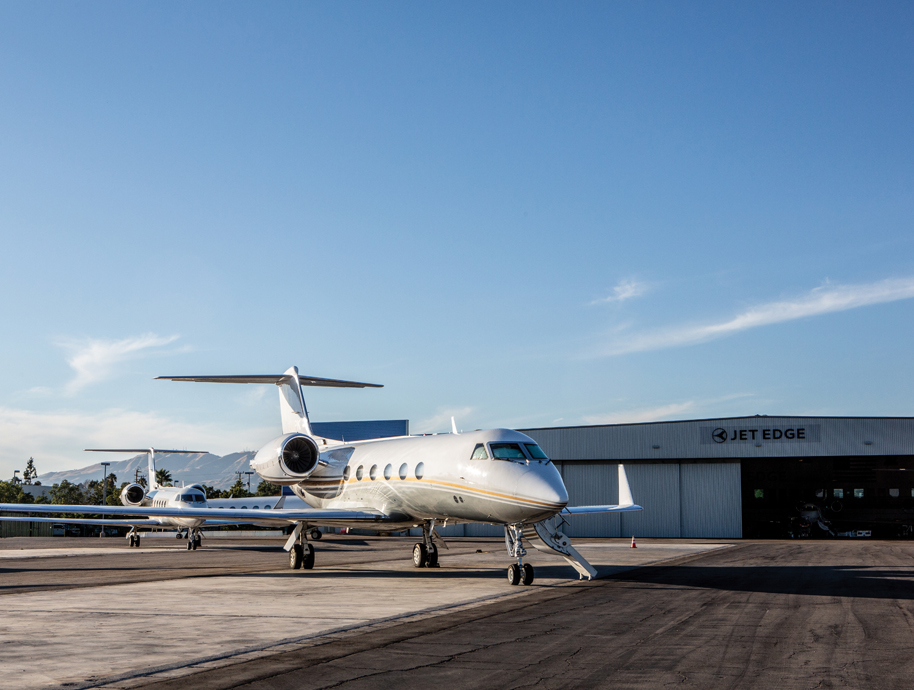 Bill Papariella always dreamed of being a movie producer. But he never imagined that after working as a Hollywood executive, he’d have an unconventional rise to the C-suite of Jet Edge International, the leader in worldwide aircraft management and private jet charter services for large-cabin aircraft.

Bill was raised in a blue collar family in Pittsburgh. “I grew up in a really hard working family. So if I didn’t see my mom, or my grandpa, or my aunts or uncles, it wasn’t because they were jetting around. It’s because they were at work,” he said. On the baseball field, Bill emulated his family’s work ethic and earned an athletic scholarship to Ohio University. A lifelong movie buff, he knew that as soon as he graduated, he’d head to Los Angeles. After landing an entry level job in the movie industry, he worked his way up to a role as Vice President of Production for a production company at Universal Studios. During his eleven year Hollywood tenure, he was active as a co-producer or production executive on such films as Mystery Alaskastarring Russell Crowe, and Saharastarring Matthew McConaughey and Penelope Cruz.

But the changing nature of Hollywood had Bill reconsider his desire to pursue a lifetime in film. At a time when he was contemplating his next step, executives at Marquis Jet (later NetJets) reached out with a job offer. “I had decided I wanted to look for a new industry. They were looking to bridge the gap into Hollywood. The timing was good for both parties. I was ready to make a change, and aviation seemed interesting,” he said. Bill accepted the offer and found he had a knack and a passion for the industry. Within a few years he was a lead salesperson at Marquis Jet, which pioneered the concept of a NetJets Jet Card 25 hours at time. While his contacts in the film industry helped his transition into aviation, by the time he decided to leave Marquis Jet, which had by then been acquired by NetJets, three-quarters of his clients were in other industries.

“Working for Marquis Jet/NetJets was a great experience,” Bill said. “I really enjoyed my time there. However, I’m an entrepreneur. So when my contract ended, I thought, ‘No better time!’ I was in my late-30s and I had the gusto to work all night.” In 2011, Bill teamed up with longtime business partner Richard Bard. Together, they began scouting for a company to buy, because they saw a need in the marketplace for an operator of large cabin aircraft to service the highest end segment of the aviation market. Bill had his eye on Jet Edge International in Van Nuys, a small company struggling during the Recession. “Life just smacked me in the face with this deal. We basically made an offer to buy the company and get it back in shape. We did that. And the rest is history,” he explained. 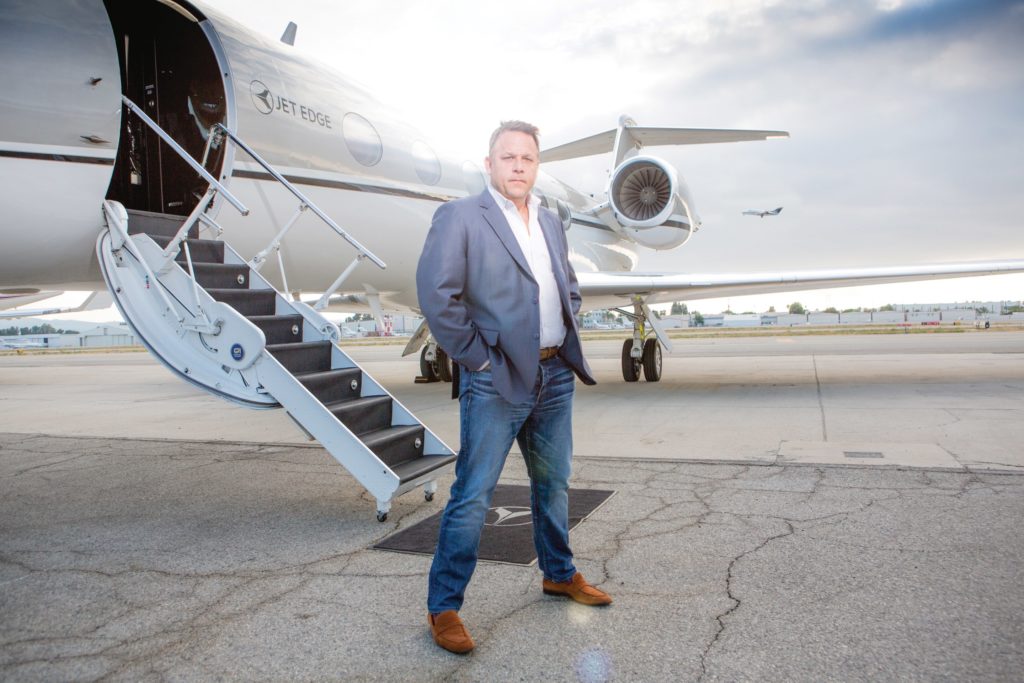 In August of 2011 when Bill and Richard purchased Jet Edge International, it was a failing company with a fleet of only four aircraft. With Bill at the helm as CEO, the company was profitable in thirteen months and now has a fleet of 60 large cabin private jets. Jet Edge counts 23 Forbes list billionaires among its clients and is one of the world’s largest fully managed large jet fleets. “We help clients find large cabin aircraft to purchase, and then we manage those aircraft. It puts us in a very unique position – because we maintain the aircraft, it’s in our best interests to sell airplanes that our clients are really happy with,” Bill explained. Jet Edge International is known as a Gulfstream specialist, but Embraer Legacy and Bombardier Global Express are two marques that Jet Edge is adding to their growing fleet.

Much of Bill’s astounding success turning around Jet Edge lies in his understanding of the financial benefits of private jet ownership for his clients. “My background at NetJets selling fractions [fractional ownership] really helped. Most people that go to buy planes do it because they are flying so much that charter doesn’t make sense financially,” he said. “Regardless of the amount of hours an aircraft owner flies, with favorable depreciation tax laws, aircraft values historically low, and offset from charter activity, most wealthy individuals or companies do not realize that owning can, in most cases, be less expensive than renting.

Bill has chosen to have Jet Edge International focus on making the experience of jet ownership as seamless and easy as possible. Jet Edge offers incredible hospitality and concierge-style service, as well as maintenance, accounting and HR. They are also extremely innovative. They hire people from both within aviation and from outside, and have recently been streamlining a huge number of their processes to make the company even more efficient. They also partner with innovative companies like AVIAÂ, the world’s only group purchasing organization for business aviation, that delivers value across the supply chain for Jet Edge and their customers. “We’re an aviation services company that really provides full servicing end-to-end,” he said. “We’re buying planes for you, securing pilots, chartering the plane to reduce costs, and ultimately upgrading it or servicing it. We are not an aircraft operator; we are an aircraft services company. That makes us very different. You don’t have to go outside of our company for any of your needs.”

Bill’s career trajectory – from Hollywood executive to CEO of a thriving aviation company – is a powerful reminder that it’s always important to stay open to unimagined possibilities, and be willing to go wherever fate, talent, experience, and an innovative mind may take you.

Man of the Hour: 5 of the Best Men’s Watches