A Better Approach to Private Aviation: A CONVERSATION WITH MATTHEW SMITH OF AVIAA 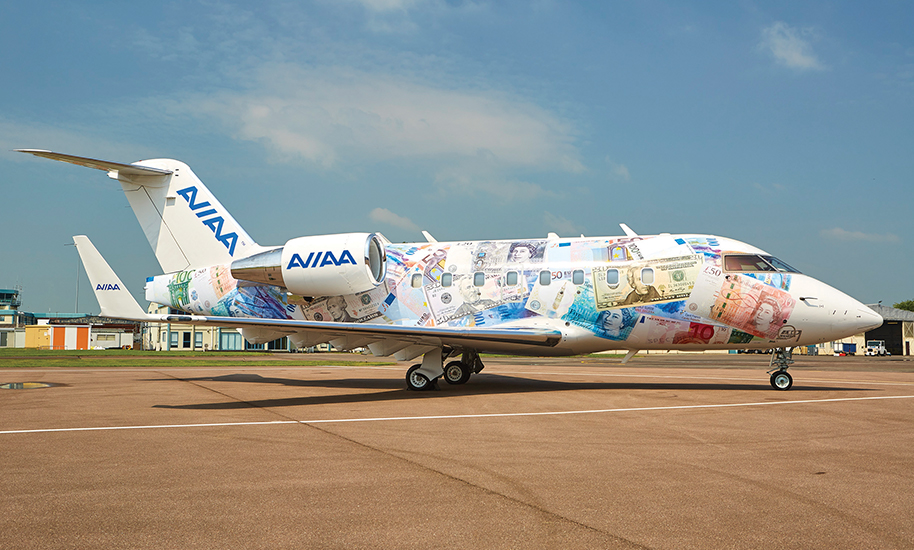 AVIAA is a visionary, fast-growing group purchasing organization dedicated to reducing the operating costs of both personal and corporate aircraft while increasing safety and providing concierge-level customer service.

Thanks in large part to the expertise of Matthew Smith, AVIAA’s Chief Business Development Officer, AVIAA’s fleet has grown from 50 aircraft at inception to offering procurement services to over 1,000 jets.

Smith brings on new AVIAA members, as well as new business partners who increase the value for members. “We work directly with 75 suppliers offering everything from fuel, to crew training, to repairs and replacement parts for our owners,” Smith explained. “AVIAA aggregates our total volume of aircraft to work with suppliers who want access to that volume. We bring our suppliers and members together quickly and efficiently, to offer better value for goods and services. AVIAA was the first large-scale group purchasing organization for general aviation, and the idea has been validated by new entrants to the market over the last twelve months.”

Smith brings to his role a unique combination of experience and expertise he’s acquired during his career in aviation, which has taken him around the globe and provided him with a unique understanding of the industry. He started his career in early 2008 when—after graduating from Coventry University in England with a degree in Business Administration—he joined leading charter brokerage Air Charter Service Plc in London, where he focused on VIP clients. He quickly learned first-hand the challenges of business aviation. “Working during the recession was a baptism of fire,” he explained. “But I used my training, passion, and knowledge of aviation to build a good client base. As a result, we actually grew the business and ended 2009 in a very strong place.”

Matthew Smith, AVIAA’s Chief Business Development Officer, started his career in aviation in 2008 and has worked at many well-known companies in the space including DC Aviation Al Futtai and Hakkasan. Thanks in large part to his expertise, he has helped grow AVIAA’s fleet from 50 aircraft to offering procurement services to over 1,000 jets.

In 2010, Smith moved to Dubai to work for DC Aviation Al Futtaim at their DWC Al Maktoum FBO facility where he was in charge of aircraft management on a fleet of aircraft ranging from Airbus 319CJ to Global Express XRS. “During the day I set up the aircraft management and charter departments, and at night it was ‘all hands on deck’ to learn operational and dispatch work, sort permits, and solve maintenance issues,” he said. In 2014, Smith moved to the U.S. where he worked directly under the CEO at nightclub behemoth Hakkasan, which has a string of nightclubs and restaurants in Las Vegas and other cities worldwide. Matthew was charged with reducing the spend on corporate aviation while increasing service and providing critical support to the C-Level executives.

That experience informs his work at AVIAA. “We know there are owners of aircraft looking to reduce operating costs, while improving service, safety, and efficiency,” he said. “AVIAA can do all of that, whether it’s for corporate aircraft owned through a company, or personal aircraft.” AVIAA provides jet owners with the purchasing power of a larger volume of aircraft; as a result, AVIAA members receive better value and reduce costs. At the same time, suppliers benefit greatly as well. “It can be a challenge for suppliers to connect with clients by themselves. We can bring a larger number of clients for a much lower acquisition cost,” Smith explained. The result is a win-win for jet owners and suppliers.

A strong believer in giving back to the global community, Smith spearheaded AVIAA Cares, a corporate social responsibility initiative offering free AVIAA memberships to dedicated air ambulance operators, medical flight providers, and critical response operators to help them reduce operational costs. “Supply chain management takes time and money. By implementing this initiative, we want to help operators performing critical missions shift costs—reducing their overheads and freeing capital to deploy elsewhere. This focus and capital can be used for what is most important, the life-saving mission at hand,” Smith said. AVIAA Cares also offers free six month memberships to Corporate Angel Network operators. “Their work in the general aviation community helps provide cancer patients with critical flights to their treatment, and we’re proud to support them and their members,” Smith said.

AVIAA is headquartered in Park City, with teams located across the US and Europe. To learn more about AVIAA, visit www.aviaa.com or email info@aviaa.com.